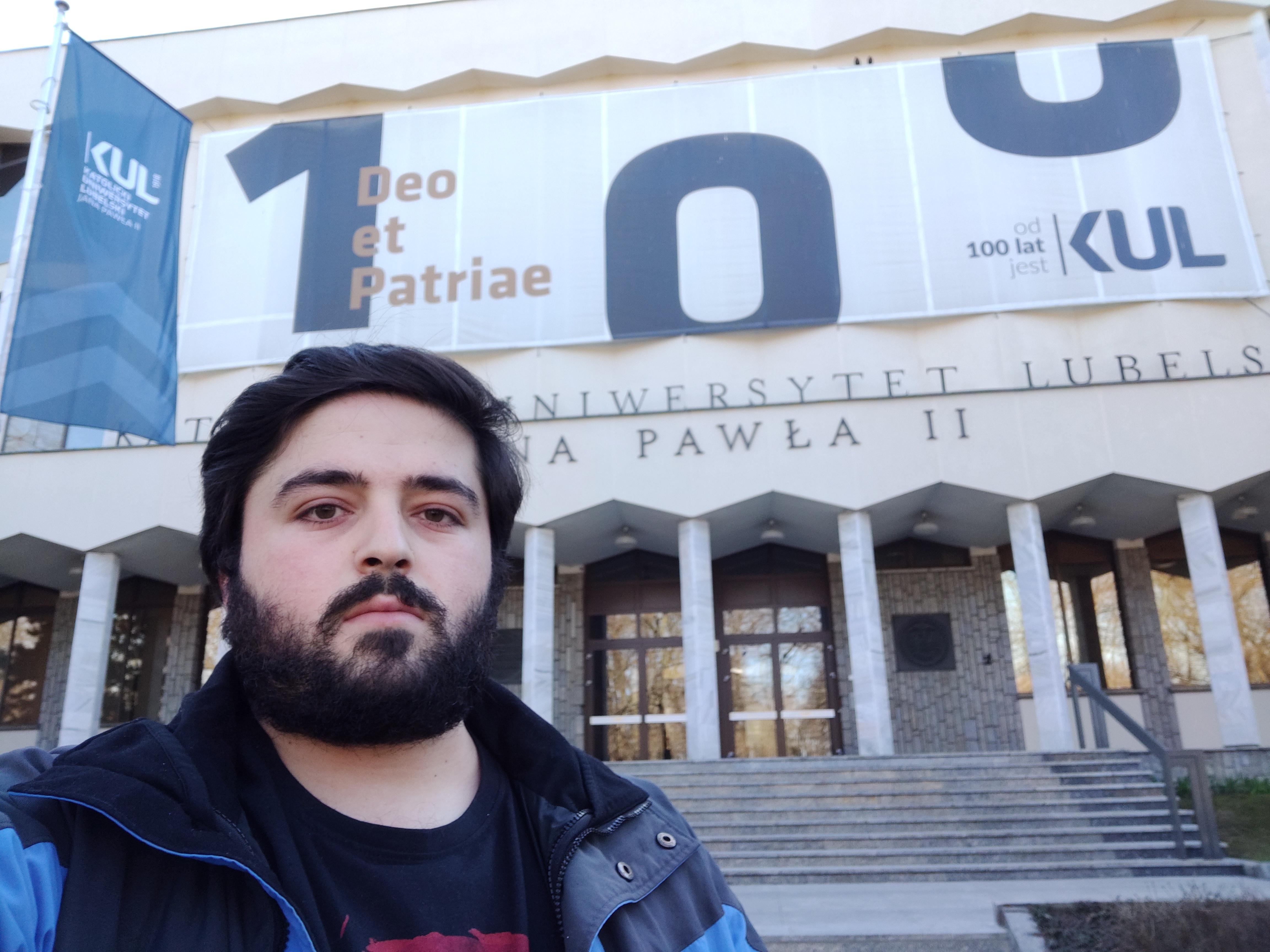 "Erasmus+, this is a brilliant chance for a person to see everything – professional issues or general viewpoint – in a different way"

1. Giorgi, what kind of expectations did you have for studying abroad during one academic semester and at what level were they met?

Before departure, I thought that one academic semester in Poland would give me great opportunities to communicate with the people having different values. It happened this way: I had to communicate with many people for the last six months and the contacts are supposedly the great achievement of the exchange semester. I met/learned/experienced various cultures from almost all continents of the world.

2. What did you worry most about and what happened to be not worth of worries at all after the mobility was over?

Before I left for Poland I thought adaptation with the different environment would be the biggest challenge but I was not right when thinking this.

3. How would you characterize the semester you spent studying abroad?

Speaking briefly, this is the thing all students should experience. In addition to getting professional knowledge, professors encouraged me to have a different attitude to many issues. But the main achievement of the exchange semester still was the opportunity of getting in touch with various cultures.

4. What is the difference between being a student in Georgia and in Poland?

There are no drastic differences as the countries had similar past lives, but I still observed several differences. Being a student in Poland – it means more freedom and less stress, as well as the opportunities to engage in many other activities in addition to studying. In short, university life is a much broader concept in Poland than in Georgia. But it is noteworthy that the Georgian students are more motivated and target-oriented than the Polish ones.

5. What did the academic semester give to you?

The six months made me get acquainted with the values of different societies and think of the characteristics of Georgian society as well.

6. What did the mobility programme change inside you? What? How?

I became more independent person. I learned the difference between the phrases ‘I need’ and ‘I want to’. Most significantly, the semester taught me that there are not only black and white colours but - grey as well, between them.

7. How will you apply the experience of living abroad in Georgia?

I will try to introduce the values in the public I think we need to adopt from Europe.

Probably the most distinctive feature between Georgia and Poland is their attitude and approach towards the law. Therefore, I wish our people to respect the law as The Polish nation does.

9. What is Europe for you? How do you perceive Erasmus+?

Europe is the place you are perceived as a human being despite you have some different features (Poland has some problems in this respect. I often thought it lagged behind Georgia in terms of tolerance level). As for Erasmus+, this is a brilliant chance for a person to see everything – professional issues or general viewpoint – in a different way.